About to go to Lisbon. ^-^ Sunshine here I come! Anyone else going on holiday?

My May Reward - Nitrogen Ice-cream! It finally arrived in Dublin XD 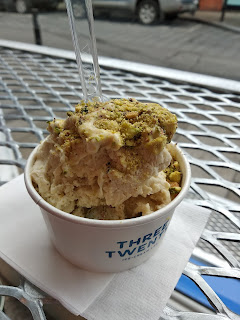 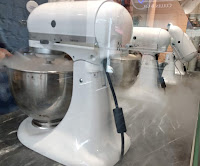 Also thank you, Sharmaine for becoming my patron! 😘
P.S. Discord for VGAFH was created! Vote your release day in there! (Deadline: Start of December 2019)

Only then did Lian Fang Zhou went with Fang Qing and the others.

With that matter at Ming Yue Restaurant, no matter if it's real or fake, both Lian Ze and Ah Jian would now keep on feeling awkward when they interact with each other on their own. So Lian Fang Zhou must come over and say a few words in front of both of them to fix tonight's matter. This way, the two of them won't feel uncomfortable.

After she said these words, it can be seen the two of them let out a breath, loosening up.

At the time when coming back, Su Xin-er was resolute on using the same carriage as Cui Shao Xi. Su Jing He had no choice but to accompany her. Now at his moment, Su Xin-er insisted that she was worried about the drunk Cui Shao Xi and wanted to send him back to his yard to rest, then leave.  But was dragged away by Su Jing He, who refuse to listen to her explanations.

Although Cui Shao Xi was a bit drunk, it definitely wasn't to the point he displayed out. It was apparent that he pretended to lose his conscious to escape that lass. Only the lass was tactless and wanted to approach closer.

Leaving aside that, but is this what a girl would do? Sending a man back to his yard late in the evening? Let's not mentioned cousin, even if it's biological brother, you'll need to avert suspicion.

Therefore, only Fang Qing and Lian Fang Zhou were left trailing behind.

After entering the inner courtyard, they reached a fork, and the cousins exchanged farewell and separated.

Fang Qing returned to her own yard, where Li ma quickly greeted with 'Young Madame have returned!' and waited upon her for changing and washing up with Shuang Ling and Shuang Xiu. When she just about finished, Su Jing He casually strolled in as he still kept on mumbling.

Fang Qing shot him a glance, asked, "Sent back?"

He stuck to Fang Qing as he sat down, irritatedly criticized, "That lass has gone mad! In my opinion, we need to tell Min zi not to come to our house until she married out. This saves us all the embarrassment!"

Being perceptive, Li ma retreated with the maids in tow.

Fang Qing remarked, "Think about it yourself, how long since Min Zhi last came over? You think he wants to! If this time there weren't a matter to do, he wouldn't have come!"

"Now that you say it, it's true!" Su Jing He slightly raised his head in contemplation and spoke. Then said with irk, "That lass should really be married off. If it keeps continuing, sooner or later, it'll cause mayhem!"

"Come on! She's not happy, how could Father and Mother bear to force her to marry? For her to be satisfied, besides Min Zhi, who else can do?" Fang Qing rolled her eyes.

Su Jing concluded it was really like that after some thoughts. He can't help and frustratedly utter, "Then there's no solution and leave her be?"

"You can try getting Min Zhi married first!" Fang Qing observed him as she suggested.

"That's right! Why didn't I thought of it!" Su Jing He became overjoyed, clapped his hand and grinned, "Even if she doesn't want, she'll have to give up when Min Zhi married!"

After saying, he let out a sighed, said, "Min Zhi has set his eyes high. Afraid it won't be easy to find a wife! What you say is right. I'm not boasting, Xin-er isn't bad. Take her appearance and family status, which part doesn't match Min Zhi? And besides, it would be family becoming even closer! More importantly, she is dead set on Min Zhi! Say, why doesn't Min Zhi like her?"

Fang Qing responded, "To think you were a man, to not even understand such a simple logic! Men ah, are despicable. The more you are set on him, be obedient and infatuated, the more he won't place any importance on you! Had to persist on looking for scolding and whipping, to like it a lot and then put the person in their heart! Xin-er suffers cause of the disadvantage of her obsession."

Su Jing He opened his word, but no words come out. His gaze on Fang Qing was strange--  These words sound like how, cough! Definitely not talking about him! Definitely not!

"Why are you looking at me like that?" Fang Qing saw his weird gaze.

Su Jing He was extremely depressed. His heart was still too fragile, as he couldn't help finally asked, "Then, you, you really think like that?"

"Saying men were... despicable. Those words."

"Back, back then you toward me... You, you also... thought like that?" Su Jing He's heart filled with melancholy.

Fang Qing paused. Only then she realized her words apparently accidentally pierce him just now. She restrained her laughter, shook her head, and stated, "You're different."

"Oh?" Su Jing He's spirit revitalized and immediately became interested. He approached her and firmly stuck to her, grinned, "How am I different?"

Not only was Su Jing He was interested, but he was also smug. After all, it's his wife. In his wife's eye, naturally, he's different!

Fang Qing glimpsed at him, snickered as she spoke, "The you that year,  you still dare mention! I'm embarrassed to even speak of it!"

Su Jing He's handsome face instantly collapsed. Remembering that he himself that year, was really useless-- Or should be said, he didn't find the word 'useless.' But she can't say it like that.

Immediately, Su Jing He was enraged, fiercely glared at Fang Qing, said, "Dare to laugh at your husband. Your courage has grown! Wait til I punish you later!"

Fang Qing blushed,  lightly spat and turned her head away slightly. This teased Su Jing He, making his heart itched and couldn't resist hugging into his own embrace, He spoke a massive pile of shameless nonsense, turning Fang Qing's pretty face completely red, her watery eyes bright and overflow with a peachy glow.

Su Jing He loved that so much he doesn't know what to do. He passionately kissed her a few times on the face, whispered to her ears, "I'm going to bath. Obediently return to our room and wait for me..."

Early the second day, Lian Fang Zhou had woken up really early. The little serving maid who was sleeping in the outer room, Zao Hua have already woke up and heard movement, entered and greeted with a smile, 'Morning Miss Lian!'
After some small talks, she went to fetch hot water and prepared blue salt to wait upon Lian Fang Zhou's freshening up.

The two of them chatted as they made their way, not expecting Cui Shao Xi to pop up and blocked the road suddenly.

Li ma was so startled that her heart nearly thumped out of her throat and her legs trembled so much that she almost fell. 'Master cousin, what do you want to do!'

Li ma wasn't clear about what happened last night, but she did hear Su Jing  He and Fang Qing talked a bit about it.

To astute old people like her, hearing a few sentences is enough to guess what happened. At least master implied meaning won't be wrong.

Lian Fang Zhou felt a moment of helplessness. This person was really--- what does he want to say this time!

Cui Shao Xi stared at Li ma, toward the side, he faintly moved his mouth. Li ma was helpless, could only bow and silently retreat back a few steps.